3D
Scan The World
3,237 views 68 downloads
Community Prints Add your picture
Be the first to share a picture of this printed object
0 comments

Every year on the 21st June, The International Day of Humanism, The Liberal-Humanist Association (HVV) presents the Prize of Liberal Humanism. The prize consists of a statuette, and the registration of the name of the winner listed on the pannel.

Paul Baeteman ( Newport , October november 1933 ) is a versatile Belgian artist, but primarily a sculptor in marble and bluestone. 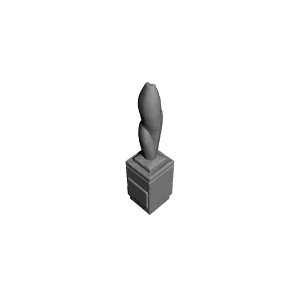 ×
0 collections where you can find Liberal Humanism monument in Ghent, Belgium by Scan The World