Canopic jars were made to contain the embalmed viscera removed from the body in the process of mummification. The organs were placed under the protection of the Four Sons of Horus, whose heads form the lids of the jars: Hapy (baboon-headed), Imsety (human-headed), Duamutef (jackal-headed), and Kebehsenuef (falcon-headed). In turn these gods were under the protection of the goddesses Nephthys, Isis, Neith, and Selket, respectively, as the inscriptions on the jars state.

This jar was under the protection of Imsety and Isis and would probably have contained the liver. 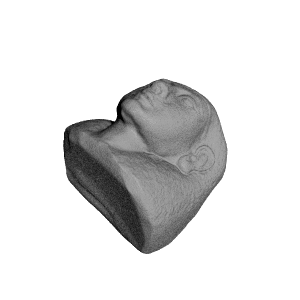 ×
3 collections where you can find Limestone human-headed canopic jar lid: Imsety by Scan The World