3D
360°
Scan The World
1,465 views 93 downloads
Community Prints Add your picture
Be the first to share a picture of this printed object
0 comments

Here the ruler, Bird Jaguar, stands over a captive noble who, judging by the beaded droplets on his nose and cheek, has already let blood. Eight days later when his heir, Shield Jaguar II, was born, Bird Jaguar and one of his other wives performed ritual bloodletting in celebration. Seventy-five days later, on the 3rd May AD 752, Bird Jaguar was officially installed as king, an event which took place only after the capture of noble prisoners and, in this case, the birth of a male heir. 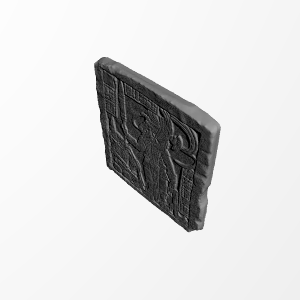