3D
Scan The World
3,508 views 269 downloads
1 collection
Community Prints Add your picture
Be the first to share a picture of this printed object
0 comments

From the Archaic period animals were used to mark location of tombs. The lion was placed on tombs from the sixth century BC alongside another tradition which made the guardian of santuaries in a dynamic position, standing on his front legs. 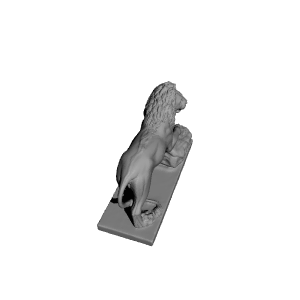 ×
1 collections where you can find Lion Funéraire at the Louvre, Paris, France by Scan The World