3D
Scan The World
2,517 views 146 downloads
1 collection
Community Prints Add your picture
Be the first to share a picture of this printed object
0 comments

Lion Statue in Old Zoo in Poznan. Made of stone, by famous artist Augus Gaul. The monument was unveiled in 1910 to commemorate first principal of Zoo - Robert Jaeckl.

One of Poland's oldest zoos, the Old Zoo dates to 1874 and still has some picturesque old pavilions, but most of the critters have been carted off to the New Zoo on the other side of the city, and the Old Zoo has largely been reshaped as a public park. 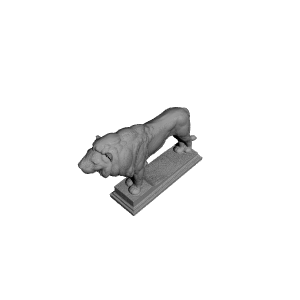 ×
1 collections where you can find Lion Statue, August Gaul by Enlil Scan