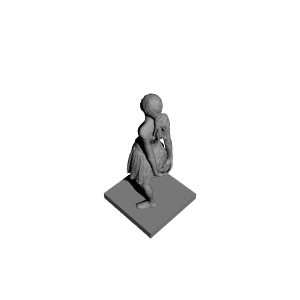 ×
21 collections where you can find Little Dancer of Fourteen Years (colour) by Scan The World
×
Federico Fuga
@HappyCactus
3
Printed on: Wanhao i3 V2.1 Duplicator
Material: PLA
Posted at: 28th June 2022

The print took a while and supports are tricky. Thanks for the nice scan!

Used some brown spray paint, and some metallic eyeliner to emulate the bronze. Finished off with paste wax.

Here’s my attempt, first proper large print. 25cm tall. I am just waiting for the bronze effect paint, and I will turn a wooden base for her. Thanks for the file. Atomstack Cambrian pro, 0.08mm, 40 speed, around 50 hrs. I will update when she is finished.