2,373 views 50 downloads
1 collection
Community Prints Add your picture
Be the first to share a picture of this printed object
0 comments

This is the first of two night light covers in my series and is, in my mind, one of the most famous pictures depictiong the book, Le Petit Prince.

Le Petit Prince is a novella by French aristocrat, writer, and aviator Antoine de Saint-Exupéry. It was first published in English and French in the US by Reynal & Hitchcock in April 1943, and posthumously in France following the liberation of France as Saint-Exupéry's works had been banned by the Vichy Regime. The story follows a young prince who visits various planets in space, including Earth, and addresses themes of loneliness, friendship, love, and loss. Despite its style as a children's book, The Little Prince makes several observations about life and human nature.

This night light cover was created by the free website Lithophanemaker.com and uses the night light found here.

I believe this to be one of the cutest editions that adds a bit of whimsey and awe to any child's room.  If you want to add a bit of color, any transparent thin paint should do the trick!

Print in white PLA or PETG at 100% infill.  My print broke due to a partially clogged nozzle under extruding and my print head hit the litho as it homed after completion.  You will get better results with a fine-tuned printer! 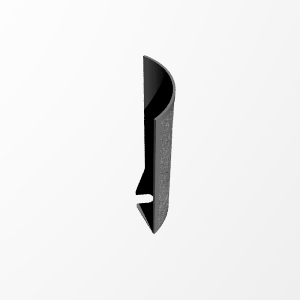