3D
Scan The World
1,483 views 63 downloads
Community Prints Add your picture
Be the first to share a picture of this printed object
0 comments

Livia Drusilla, also called (from AD 14) Julia Augusta, (born January 30, 58 BC—died AD 29), Caesar Augustus’s devoted and influential wife who counseled him on affairs of state and who, in her efforts to secure the imperial succession for her son Tiberius, was reputed to have caused the deaths of many of his rivals, including Marcus Claudius Marcellus, Gaius and Lucius Caesar, Agrippa Postumus, and Germanicus.

Her father was Marcus Livius Drusus Claudianus, an adoptive son of the tribune of 91, Marcus Livius Drusus. She married her cousin Tiberius Claudius Nero and in 42 bore him Tiberius, the future emperor. She was still pregnant with her second son, Nero Claudius Drusus, when early in 38, Octavian (later Augustus) arranged for her to divorce Nero and marry him. Her second marriage was childless. After the death of Augustus (Aug. 19, AD 14), she was adopted in his will and assumed the name Julia Augusta; she played a major role in the cult of the deified Augustus.

Livia’s power and ambition proved embarrassing to Tiberius after his accession. He forbade her to accept certain honours and even refused to carry out the terms of her will. She was, however, deified (42) by her grandson Claudius. Surviving portraiture confirms her reputation for dignified beauty. 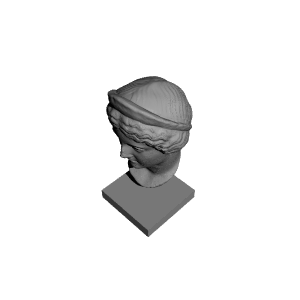 ×
0 collections where you can find Livia by Scan The World