3D
5,896 views 127 downloads
Community Prints Add your picture
Be the first to share a picture of this printed object
0 comments

Inspired by a drought of craft beer in Hackney – one of the most culturally vibrant areas in London – they thought it was about time Hackney had its very own brewery to provide home grown, handcrafted beers alongside the ever increasing amount of craft products being produced there.

In August 2011, London Fields Brewery was born, based in the centre of Hackney, under the railway arches next to the oasis of greenery within the smoke that is London Fields itself. Now a part of a growing number of fine breweries in Hackney and London, they are proud to help spread the word of craft beer around the country and put Hackney on the map as a destination for great beer.

File contains STL for single extrusion. Hit the download button to get yours now.

Printed using single extrusion ABS. 0.3mm Layer Height 25% Infill This uses around 62g of filament and takes about an hour to complete. 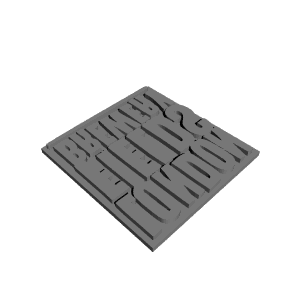