3D
Scan The World
2,406 views 64 downloads
Community Prints Add your picture
Be the first to share a picture of this printed object
0 comments

The Scottish judge Francis Jeffrey founded the Whig periodical the Edinburgh Review in 1802. As its editor and leading contributor between 1803 and 1829, Jeffrey was one of the most influential commentators on matters of art, politics and science. Known as a ruthless critic, he was hostile to Wordsworth and his circle whom he named, sarcastically, the 'Lake School'. He was slow to appreciate the work of Scott, Keats and Byron and one of his early attacks provoked Byron's satiric poem English Bards and Scotch Reviewers (1809). A marble bust of Lord Francis Jeffrey was purchased in1861 and is exhibited at the National Portrait Museum in London. 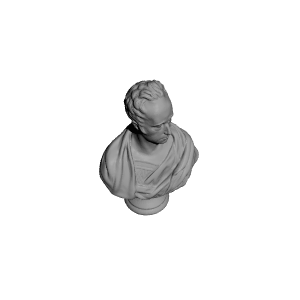