3D
6,422 views 363 downloads
Community Prints Add your picture
Be the first to share a picture of this printed object
0 comments

The Los Angeles Angels of Anaheim are an American professional baseball team based in Anaheim, California. The Angels are a member of the West division of Major League Baseball's American League (AL). The Angels have played home games at Angel Stadium of Anaheim since 1966. The "Angels" name was continued by former film star Gene Autry out of tribute for the Los Angeles Angels, a Minor League franchise in the Pacific Coast League (PCL) who played in South Central Los Angeles from 1903 to 1957. The American League franchise of today was established in 1961 by Gene Autry, the team’s first owner who bought the rights to the Angels name from Walter O'Malley, the former Los Angeles Dodgers owner who acquired the PCL franchise from Philip K. Wrigley, the owner of the Chicago Cubs at the time. 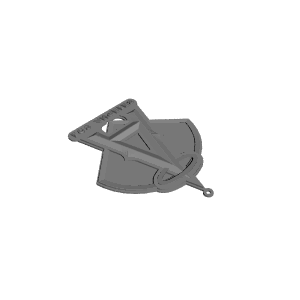