3D
6,984 views 545 downloads
Community Prints Add your picture
Be the first to share a picture of this printed object
0 comments

The Los Angeles Dodgers are a professional baseball team located in Los Angeles, California. The Dodgers are members of the National League West division of Major League Baseball (MLB). Established in 1883, the team originated in Brooklyn, New York, where it was known by a number of nicknames before becoming the Brooklyn Dodgers definitively by 1932. The team moved to Los Angeles before the 1958 season. They played their first four seasons in Los Angeles at the Los Angeles Memorial Coliseum before moving to their current home of Dodger Stadium, the third-oldest ballpark in Major League Baseball (after Fenway Park and Wrigley Field). 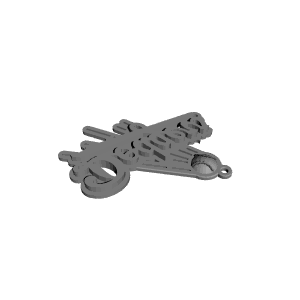