3D
Scan The World
3,507 views 83 downloads
Community Prints Add your picture
Be the first to share a picture of this printed object
0 comments

Louis XVI (1754 -1793), born Louis-Auguste, also known as Louis Capetwas King of France from 1774 until his deposition in 1792, although his formal title after 1791 was King of the French. He was guillotined on January 21 1793. His father, Louis, Dauphin of France, was the son and heir apparent of Louis XV of France, but his father died in 1765, and Louis succeeded his grandfather as king in 1774.

The first part of Louis' reign was marked by attempts to reform France in accordance with Enlightenment ideals. These included efforts to abolish serfdom, remove the taille, and increase tolerance toward non-Catholics. The French nobility reacted to the proposed reforms with hostility, and successfully opposed their implementation. Louis implemented deregulation of the grainmarket, advocated by his liberal minister Turgot, but it resulted in an increase in bread prices. In period of bad harvests, it would lead to food scarcity which would prompt the masses to revolt. From 1776 Louis XVI actively supported the North American colonists, who were seeking their independence from Great Britain, which was realized in the 1783 Treaty of Paris.

The ensuing debt and financial crisis contributed to the unpopularity of the Ancien Régime which culminated at theEstates-General of 1789. Discontent among the members of France's middle and lower classes resulted in strengthened opposition to the French aristocracy and to the absolute monarchy, of which Louis and his wife, queen Marie Antoinette, were viewed as representatives. In 1789, the storming of the Bastille during riots in Paris marked the beginning of the French Revolution.

Louis's indecisiveness and conservatism led some elements of the people of France to view him as a symbol of the perceived tyranny of the Ancien Régime, and his popularity deteriorated progressively. His disastrous flight to Varennes in June 1791, four months before the constitutional monarchy was declared, seemed to justify the rumors that the king tied his hopes of political salvation to the prospects of foreign invasion. The credibility of the king was deeply undermined and the abolition of the monarchy and the establishment of a republic became an ever increasing possibility.

In a context of civil and international war, Louis XVI was suspended and arrested at the time of the insurrection of 10 August 1792 one month before the constitutional monarchy was abolished and theFirst French Republic proclaimed on 21 September 1792. He was tried by the National Convention (self-instituted as a tribunal for the occasion), found guilty of high treason, and executed by guillotineon 21 January 1793, as a desacralized French citizen known as "Citizen Louis Capet", a nickname in reference to Hugh Capet, the founder of the Capetian dynasty – which the revolutionaries interpreted as Louis' family name. Louis XVI is the only King of France ever to be executed, and his death brought an end to more than a thousand years of continuous French monarchy. 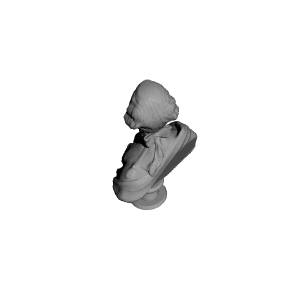 ×
0 collections where you can find Louis XVI in Florence, Italy by Scan The World