Love of Self at The Réunion des Musées Nationaux, Paris

3D
Scan The World
4,857 views 857 downloads
Add to collection
25 0
Community Prints Add your picture
Be the first to share a picture of this printed object
0 comments

Love of Self at The Réunion des Musées Nationaux, Paris

This sculpture titled 'L'amour de soi' (Eng. Love of Self) is a bronze sculpture by Charles Cumberworth (1811-1852). A student at the ecole des Beaux-Arts in 1829, Cumberworth exhibited through from 1833-1848 at the Salon of Paris, primarily showing busts of women and children but was also fond of statues depicting classical allegories. This sculpture is an example of one of Cumberworth's allegorical pieces. l'Amour de Soi (love of self) is a concept in the philosophy of Jean-Jacques Rousseau that refers to the kind of self-love that humans share with brute animals and predates the appearance of society.

Acts out of amour de soi tend to be for individual well-being. They are naturally good and not malicious because amour de soi as self-love does not involve pursuing one's self-interest at the expense of others. The sentiment does not compare oneself with others, but is convern solely with oneself as an absolute and valuable existence. It is related to an awareness of one's future and can restrain present impulse. Rousseau contrasts it with amour-propre, that kind of self-love, found in Thomas Hobbes' philosophy, in which one's opinion of oneself is dependent on what other people think and which arises only with society.

Rousseau suggested that amour de soi was lost during the transition from the pre-societal condition to society, but he can be restored by the use of 'good' institutions created with the social contract. This renewed passage from the state of nature to the civilized state, would bring man to favour justice instead of instinct. 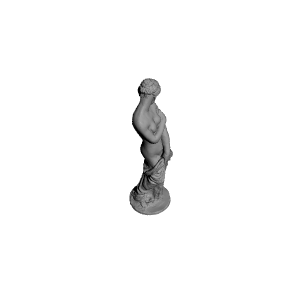 ×
0 collections where you can find Love of Self at The Réunion des Musées Nationaux, Paris by RMN