3D
8,081 views 711 downloads
6 collections
Community Prints Add your picture
Be the first to share a picture of this printed object
1 comments

MegaMan (Rockman in Japan), is Capcoms most prolific franchise with over 29 million copies being sold worldwide. There have been over 50 games created over a nearly 3 decades. MegaMan is an android called Rock, created as a lab assisstant by the scientist Dr. Light. Following treachery by Dr. Wily, Rock was converted into a battle robot to defend the world from Wily's violent robotic threats. Thus becomes MegaMan   -Wikipedia

This is a small scale, low poly helmet from the original game! 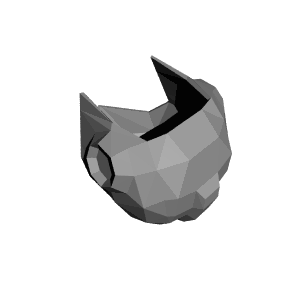