Lucie Rie at the Sainsbury Centre for Visual Arts, Norwich

3D
Scan The World
3,323 views 91 downloads
2 collections
Community Prints Add your picture
Be the first to share a picture of this printed object
0 comments

Lucie Rie at the Sainsbury Centre for Visual Arts, Norwich

Lucie Rie was born in 1902 in Vienna, where she studied at the Kunstgewerbeschule under Michael Powolny from 1922 to 1926. In 1938 she moved to London, where she lived from 1939 in Albion Mews. After the war she opened a pottery and button-making workshop where she was joined in 1946 by Hans Coper. 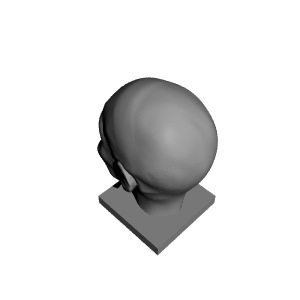 ×
2 collections where you can find Lucie Rie at the Sainsbury Centre for Visual Arts, Norwich by Scan The World