3D
Featured Scan The World
5,362 views 299 downloads
Community Prints Add your picture
Be the first to share a picture of this printed object
0 comments

Lucius Quinctius Cincinnatus (519–430 BC) was a Roman aristocrat and statesman whose service as consul in 460 BC and dictator in 458 BC and 439 BC made him a model of civic virtue.

Cincinnatus was regarded by the Romans, especially the aristocratic patrician class, as one of the heroes of early Rome and as a model of Roman virtue and simplicity. He was a persistent opponent of the plebeians. When his son, Caeso Quinctius, was convicted and condemned to death, Cincinnatus was forced to live in humble circumstances, working on his own small farm, until an invasion caused him to be called to serve Rome as dictator, an office which he resigned two weeks later, after completing his task of defeating the rival tribes of the Aequians, Sabines, and Volscians.

His immediate resignation of his near-absolute authority with the end of the crisis has often been cited as an example of outstanding leadership, service to the greater good, civic virtue, lack of personal ambition, and modesty. As a result, he has inspired a number of organizations and other entities, many of which are named in his honor. 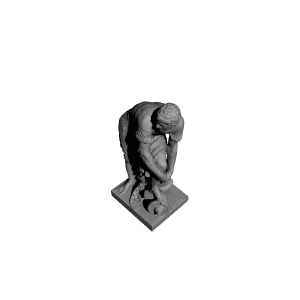 ×
0 collections where you can find Lucius Quinctius Cincinnatus at the Schloss Schönbrunn Schlosspark, Vienna by Scan The World