Lucius was the son of a senator, Lucius Ceionius Commodus, whom the emperor Hadrian adopted as his successor under the name Lucius Aelius Caesar. When Ceionius died on Jan. 1, 138, Hadrian designated Antoninus Pius as his successor. He ordered Antoninus to adopt as his heirs Ceionius’s son Lucius and his own nephew Marcus Annius Verus (the future emperor Marcus Aurelius), who was also given the title caesar. Marcus insisted that his adoptive brother be given the same status and powers as himself, except for the title pontifex maximus (high priest). Lucius then dropped the name Commodus and assumed Marcus’s original cognomen of Verus. In 164 he married Marcus’s daughter, Annia Aurelia Galeria Lucilla, with whom he had several children. When sent to deal with Parthian conquests in Armenia and Mesopotamia (162–166), Lucius dallied in Antioch while subordinate generals concluded the war. He celebrated a triumph jointly with Marcus in October 166 and assumed the names Armeniacus, Parthicus, and Medicus (as conqueror of the Armenians, Parthians, and Medes). In 167 or 168 Verus campaigned with Marcus Aurelius in the vicinity of Pannonia against a German people, the Marcomanni, but he died of a stroke on the march home. 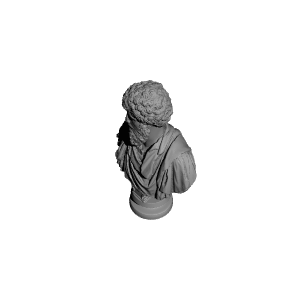 ×
1 collections where you can find Roman bust of Lucius Verus by Christian Levett and The Mougins Museum
×
FutLab Makerspace
@FutLab
1
Posted at: 03rd December 2020