3D
Scan The World
3,663 views 238 downloads
3 collections
Community Prints Add your picture
Be the first to share a picture of this printed object
0 comments

This sculpture has been interpreted at various times as a Sleeping Fury or a Medusa. In the Cesi Collection it had been identified as a water nymph and placed on a marble cushion. When it entered the Ludovisi Collection, the left side of the face was cut horizontally to improve the stability of the piece.

The head, probably part of a large high-relief, is now believed to be a 3nd-century Roman copy of a Hellenistic work, perhaps a wounded Amazon.

This deep relief shows a wild-haired woman in profile with her eyes closed. But is the woman asleep or dead? There was a theory that it is a fragment of a dead giant from the Great Altar of Zeus at Pergamon. Geological analysis of the marble has now shown this to be impossible 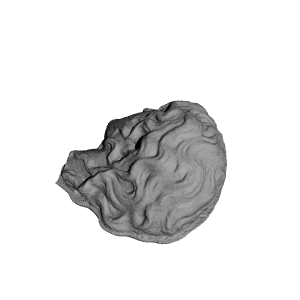