3D
Scan The World
3,888 views 149 downloads
1 collection
Community Prints Add your picture
Be the first to share a picture of this printed object
0 comments

Ludwig Mond (1839-1909) was a chemist, industrialist and art collector; born in Kassel, Germany, Mond moved to Britain in 1867 and became one of the foremost industrial chemists of his period. He developed the mass production of alkali for the textile industry and, later, ammonia, 'Mond gas' and nickel. He spent part of his large fortune on a collection on early Italian art which he bequeathed to the National Gallery. This bronze statuette was sculpted by Edouard Lanteri (1848-1917) 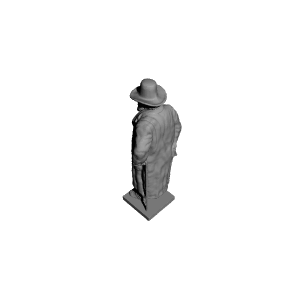 ×
1 collections where you can find Ludwig Mond at The National Portrait Gallery, London by Scan The World