3D
Scan The World
3,099 views 796 downloads
6 collections
Community Prints Add your picture
Be the first to share a picture of this printed object
0 comments

The bronze figure of Ludwig van Beethoven is part of the Beethoven Monument in Vienna. The monument was ceremonially unveiled on May 1, 1880 and is dedicated to the German composer who worked in Vienna. The sculptor Caspar von Zumbusch realized the monument, the figures were cast by Carl Turbain the Elder. 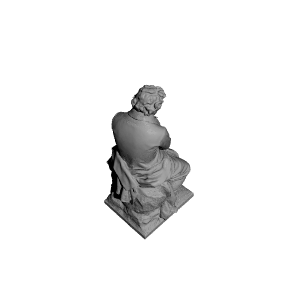