Luigi Boniforte (1817-1909) was a poet and ilustrator. He wrote an historical guide, artistic and industrial ofnArona and the road to Lake Maggiore.

Lake Maggiore is a large lake located on the south side of the Alps. It is the second largest lake in Italy and the largest in southern Switzerland. The lake and its shoreline are divided between the Italian regions of Piedmont and Lombardy and the Swiss canton of Ticino. Located halfway between Lake Orta and Lake Lugano, Lake Maggiore extends for about 65 kilometres (40 miles) between Locarno and Arona. The first archaeological findings around the lake belong to nomadic people living in the area in prehistoric types. The first settlements discovered date from the Copper Age. The area was later under the control of the Ligures, later replaced by the Celts. The latter were in turn conquered by the Romans, who called the lake Verbanus Lacus or Lacus Maximus. After the fall of the Western Roman Empire, the lake was under different dominations. Most of the current settlements originated in the Middle Ages, when the lake was under the Del la Torre, Visconti, the Borromeoand Habsburg families. Methane was first discovered and isolated by Alessandro Volta as he analysed marsh gas from Lake Maggiore, between 1776 and 1778.

This print is made on MakerBot Replicator Fifth Generation. The dimension of the model 78mm x 70mm x 130mm, Infill 10%, with support and layer high 0,2. Provides very nice results! 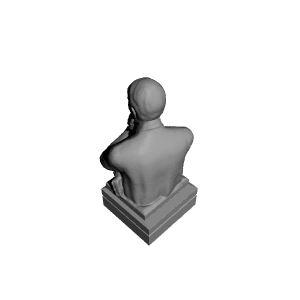