Madame de Verninac (1780-1827), sister of the painter Eugène Delacroix, is depicted here as the Roman hunting goddess Diana, holding an arrow and wearing a crescent moon in her hair. Chinard followed in the tradition of the mythological portrait, but gave his composition a fuller dimension by adding arms to the bust. This non-idealized portrait illustrates the sculptor's ability to combine grandeur and delicacy to reveal the sitter's forceful character. 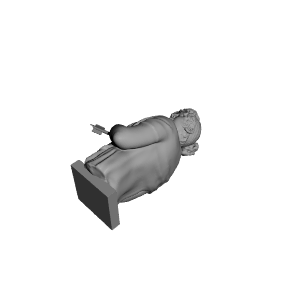