Madonna and child with angels

3D
Scan The World
2,283 views 184 downloads
Community Prints Add your picture
Be the first to share a picture of this printed object
0 comments

Madonna and child with angels

This type of representation of the Virgin, sitting on a trone with her child and accompanied by angels, is called a Maestà. It appeared in the 4th century and has known a great evolution. They become very popular in Italy during the end of the Middle Ages, with the Madonna Rucellai by Duccio for example.

Even though this sculpture is from the 14th century, it may be qualified as belonging to the early Renaissance. Indeed, the aesthetic codes are not quite those of Gothic anymore, whereas not exactly those of the Renaissance. The Virgin's round and delicate features may remind the spectator of Classical Greek or Roman works. 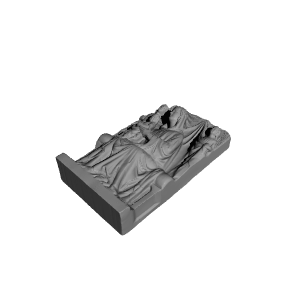