Madonna and the Child with Angels

3D
Scan The World
1,364 views 37 downloads
Community Prints Add your picture
Be the first to share a picture of this printed object
0 comments

Madonna and the Child with Angels

This is a polychrome terracotta relief depicting Mary holding Christ in her arms surrounded by angels.

The Madonna and Child or The Virgin and Child is often the name of a work of art which shows the Virgin Mary and the Child Jesus. The word Madonna means "My Lady" in Italian. Artworks of the Christ Child and his mother Mary are part of the Roman Catholic tradition in many parts of the world including Italy, Spain, Portugal, France, South America and the Philippines. Paintings known as icons are also an important tradition of the Orthodox Church and often show the Mary and the Christ Child. They are found particularly in Eastern Europe, Russia, Egypt, the Middle East and India.

This relief was originally located at the Medicean Villa of Castello. 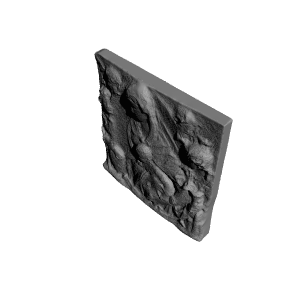