Madonna of the Apple

3D
Scan The World
4,288 views 536 downloads
Community Prints Add your picture
Be the first to share a picture of this printed object
0 comments

Madonna of the Apple

The mother and child are naturalistic and clearly observed from life. Mary is pensive, perhaps contemplating the enormity of her role, and the future of her Child. The Infant playfully holds onto the apple with both hands, while casting an expectant glance to one side. The apple symbolises the Fall, and we understand that Redemption will be through this new Adam. The realistic figure of the Christ-Child reflects a growing awareness of the changing ages of man. In earlier medieval art, a child is usually portrayed as a miniature adult. The drapery is reminiscent of Classical Greek or Roman sculpture, the root of Renaissance art.

Luca della Robbia's images of the Virgin Mary represent a fascinating world, a world of intimacy and motherly tenderness portrayed under milky skies filled with luminous matter. Especially popular in religious circles, they were also appreciated for their qualities of brilliance and whiteness, alluding to purity and spiritual light. An example is provided by the Madonna of the Apple (Madonna della Mela) in which the thoughtful mien of the Virgin is contrasted by the lively and greedy expression of the Child who is holding the round fruit in his hands.

The glaze made his creations more durable in the outdoors and thus suitable for use on the exterior of buildings. His work is noted for its charm rather than the drama of the work of some of his contemporaries. Two of his famous works are The Nativity, c. 1460 and Madonna and Apple, c. 1455. In stone his most famous work is also his first major commission, the choir gallery or "cantoria" in Florence Cathedral (1431–1438).

Della Robbia was praised by his compatriot Leon Battista Alberti for genius comparable to that of the sculptors Donatello and Lorenzo Ghiberti, the architect Filippo Brunelleschi, and the painter Masaccio. By ranking him with contemporary artists of this stature, Alberti reminds us of the interest and strength of Luca's work in marble and bronze, as well as in the terra-cottas always associated with his name. 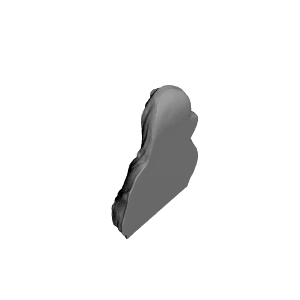