3D
Scan The World
3,087 views 190 downloads
Community Prints Add your picture
Be the first to share a picture of this printed object
0 comments

Aristide Joseph Bonaventure Maillol was a French sculptor, painter, designer and illustrator. He began his career as a painter and tapestry designer, but after c. 1900 devoted himself to three-dimensional work, becoming one of the most important sculptors of the 20th century. In 1900 Maillol began work on his first major sculpture, a Seated Woman for which his wife posed, which was later named La Méditerranée. The first version (New York, MOMA), finished in 1902, was very close to his model. The version here can be found on display in the Tuileries Gardens in Paris. 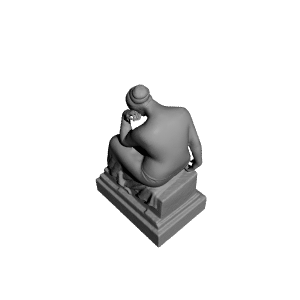 ×
0 collections where you can find Grief at the Jardin des Tuileries, Paris by Scan The World