3D
360°
Scan The World
1,302 views 155 downloads
Community Prints Add your picture
Be the first to share a picture of this printed object
0 comments

Johan Kleen was Nationalmuseum’s building director. He had a career as a military engineer for projects in Karlskrona and Karlsborg. In 1847, he was made aide-de-camp to Oskar I, and soon after was given the task of leading the construction of Nationalmuseum. He was the link to the architect Friedrich August Stüler, who stayed in Berlin during the project. The high cost was much criticized, and Kleen had to struggle to realize Stüler’s vision. 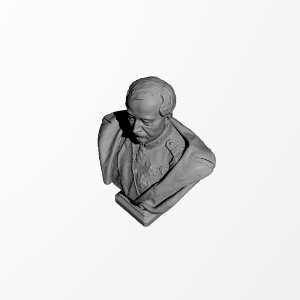