Makara of échiffre at the Guimet museum, Paris

3D
Scan The World
2,150 views 96 downloads
Community Prints Add your picture
Be the first to share a picture of this printed object
0 comments

Makara of échiffre at the Guimet museum, Paris

Makara is a sea-creature in Hindu mythology. It is generally depicted as half terrestrial animal in the frontal part, in animal forms of an elephant, crocodile, stag, or deer, and in the hind part as an aquatic animal, in the form of a fish or seal tail. Sometimes, even a peacock tail is depicted. This sculpture is from Java, Indonesia but is currently on display at the Guimet. The artist is unknown but we can guess it is roughly from the 9th century. 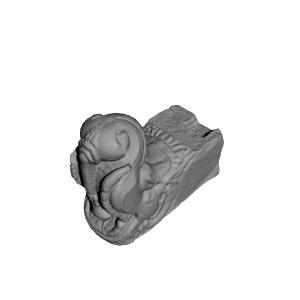 ×
0 collections where you can find Makara of échiffre at the Guimet museum, Paris by Scan The World