3D
Scan The World
1,449 views 76 downloads
Community Prints Add your picture
Be the first to share a picture of this printed object
0 comments

The portrait can be related to Philip I (the Arab).

Marcus Julius Philippus (c. 204 – 249 AD), also known commonly by his nickname Philip the Arab, also known as Philip, was Roman Emperor from 244 to 249. He was born in Arabia Petraea, the Roman province of Arabia, in a city situated in modern-day Syria. He went on to become a major figure in the Roman Empire. He achieved power after the death of Gordian III, quickly negotiating peace with the Sassanid Empire. During his reign, Rome celebrated its millennium. 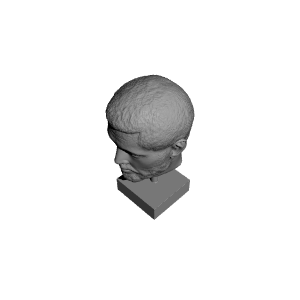