3D
10,384 views 783 downloads
12 collections
Community Prints Add your picture
Be the first to share a picture of this printed object
0 comments

Maleficent is a fictional character from Walt Disney's 1959 film Sleeping Beauty and an offical Disney Villain. She is the self-proclaimed Mistress of All Evil, who, after not being invited to a royal christening, curses the infant Princess Aurora to 'prick her finger on the spindle of a spinning wheel and die' before the sun sets on her sixteenth birthday. She is the primary protagonist in the 2014 live-action film, Maleficent, portrayed by Angelina Jolie.

This design is the head piece that is worn by Maleficent and is iconic to the character. 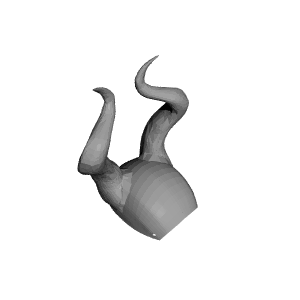 ×
12 collections where you can find Maleficent Horns by UsinageMaison