3D
Scan The World
1,210 views 37 downloads
Community Prints Add your picture
Be the first to share a picture of this printed object
0 comments

Magnum or capiate bone from the adult Shropshire Mammoth. The magnum is a bone of the wrist in humans or in this case the left front foot of the mammoth. 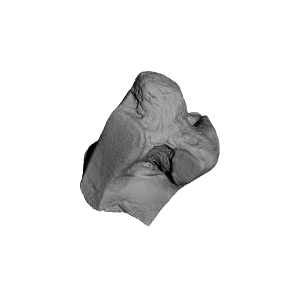 ×
0 collections where you can find Mammoth left magnum by fossilsinshropshire