The phalanx of the left first digit is one of the toe bones of the adult Shropshire Mammoth. 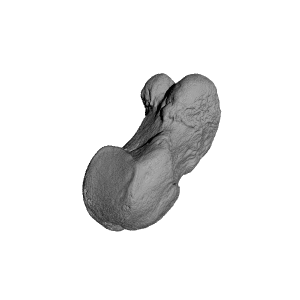