3D
Scan The World
1,996 views 84 downloads
Community Prints Add your picture
Be the first to share a picture of this printed object
0 comments

Third cervical vertebra of the adult Shropshire Mammoth. The white markings on the surface of the vertebra are produced by the remains of the consolidant originally used to strengthen these bones after excavation.

Imaged using a canon 5DS R and Stackshot 3x with turntable to provide 150 images which were then processed using agisoft photoscan at medium levels. 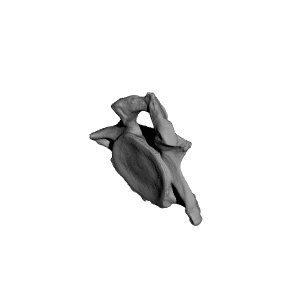 ×
0 collections where you can find Mammoth vertebra by fossilsinshropshire