3D
Scan The World
2,065 views 73 downloads
Community Prints Add your picture
Be the first to share a picture of this printed object
0 comments

Tsereteli's works, though often welcomed by the authorities, tend to become objects of strong public criticism. His sculptures are often blamed and mocked for being incongruously pompous and out of proportion. He seems to enjoy sculpting his own world of people, bringing his dreams into reality, making us the audience step into it. This sculpture is unusually normal considering his style. This either could have been one of his earlier works where he was trying to discover himself. On the contrary it additionally could have been a statement to contradict the public's criticism, that he actually possess' the power to produce the norm. 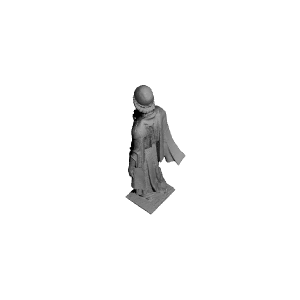