3D
360°
Featured Scan The World
7,368 views 1,473 downloads
9 collections
Community Prints Add your picture
Be the first to share a picture of this printed object
0 comments

The artist’s figures are sensual and imbued with intense emotion. The bodies are in constant motion and characterized by great energy and force. It is as though human beings are growing from or trying to break out of the stone or clay. Rodin’s sculptures differed from the traditional classicist tradition. In the 19th century, many sculptures were idealised and had a literary content, conveyed through historical costumes or symbols. 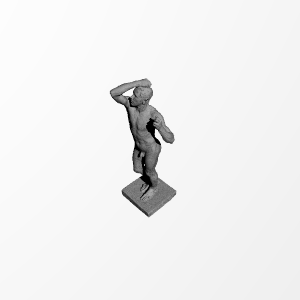