3D
Scan The World
2,469 views 60 downloads
Community Prints Add your picture
Be the first to share a picture of this printed object
0 comments

Michael Schoenholtz (8 April 1937 in Duisburg) is a German sculptor. He studied German and art history at the University of Cologne in 1956, from 1957 at the Hochschule der Künste in Berlin, where between 1962-63 he was a masters student of Ludwig Gabriel Schrieber. Since 1971 Schoenholtz teaches as a professor at the University of Arts, where in 1975 he became the successor of Schrieber. Since 1996 Schoenholtz has been a member of the Academy of Arts in Berlin and from 1997 to 2003 as the director of the Visual Arts Section. He retired in 2005.

Schoenholtz is a member of the German Association of Artists and lives and works in Berlin. 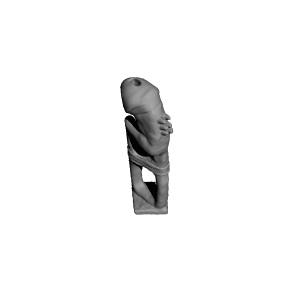 ×
0 collections where you can find Mannequin in Antwerp, Belgium by Scan The World