3D
Scan The World
5,516 views 396 downloads
3 collections
Community Prints Add your picture
Be the first to share a picture of this printed object
0 comments

This plaster cast of a manx styled cross is situated at the Isle of Man, carved in slate with a runic inscription, in the graveyard of Kirk Braddan around the 11th century. The Island has an impressive Manx stone cross collection with more than 200 decorated stones in existence – the largest concentration for this period. The earliest slabs show Celtic styles ranging from simple cross designs and later complicated interlace. Inscriptions in Celtic lettering and occasionally Latin commemorate the dead. 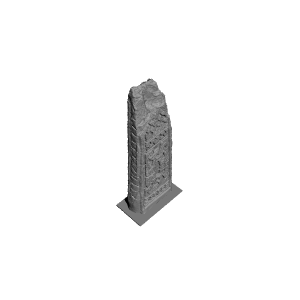 ×
3 collections where you can find Manx cross by vam