Marble bust of a man

3D
360°
Scan The World
1,751 views 166 downloads
Community Prints Add your picture
Be the first to share a picture of this printed object
0 comments

Marble bust of a man

Although the surface of this piece has been strongly cleaned and even recut in places, evidence of a heavy dark incrustation, formed during centuries of burial, is still visible, especially at the back. The expanse of chest and the full, fleshy appearance of the face and neck are characteristics suggesting that the work was carved in the mid-first century A.D., either as a copy of a portrait created in the Republican period or as a new work cast in that realistic style. 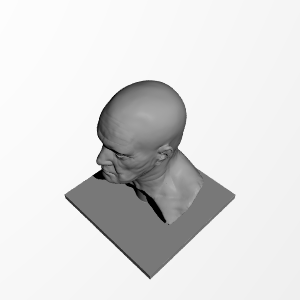