Marble bust of the youth

3D
Scan The World
1,411 views 61 downloads
Add to collection
1 0
Community Prints Add your picture
Be the first to share a picture of this printed object
0 comments

Marble bust of the youth

The very short hair and the broken cartillage of the ears indicate that this head belonged to either a statue of Herakles or a victorious athlete. The Romans often created decorative works by carving the heads of well-known Greek statues on busts or on rectangular herms. The surface of this piece has been severly cleaned and the back may have been re-cut in modern times. 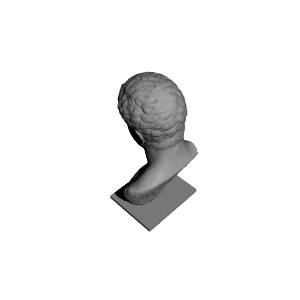