This head was carved in the East Greek style, with fleshy facial features and long, almond shaped eyes. The pupils would have been added in paint. It is unclear whether this head belonged to the carved column drums or to a frieze with a flat background. If this head formed part of a figure that was carved onto a column drum,  it may have come from a procession of worshippers carrying offerings to Artemis, who were shown as if walking around the column. This head has a disc earring, a diadem and traces of the original colour survive.

This piece was made about 550-520 BC.  The 6th century BC, represents the peak of a period in human history popularly known as Axial Age. This period saw the emergence of five major thought streams springing from five great thinkers in different parts of the world. Buddha and Mahavira in India, Zoroaster in Persia, Pythagoras in Greece and Confucius in China. Pāṇini, in India, composed a grammar for Sanskrit, in this century or slightly later. This is the oldest still known grammar of any language. In the Near East, the first half of this century was dominated by the Neo-Babylonian or Chaldean empire, which had risen to power late in the previous century after successfully rebelling against Assyrian rule. The Kingdom of Judah came to an end in 586 BC when Babylonian forces under Nebuchadnezzar II captured Jerusalem, and removed most of its population to their own lands. Babylonian rule was toppled however in the 540s, by Cyrus, who founded the Persian Empire in its place. The Persian Empire continued to expand and grew into the greatest empire the world had known at the time. 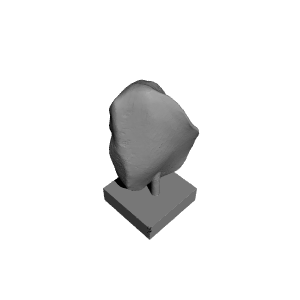