Marble head of the emperor Caracalla at The British Museum, London

3D
Scan The World
3,289 views 119 downloads
Community Prints Add your picture
Be the first to share a picture of this printed object
0 comments

Marble head of the emperor Caracalla at The British Museum, London

Carcalla was the son of Septimius Severus. He began a ruling with his brother Geta but murdered him after a year. in 212 Caracalla granted citizenship to all freeborn people in the Empire. In 217 he was murdered (whilst relieving himself) during a campaign in the East, by an officer whose brother he had executed. 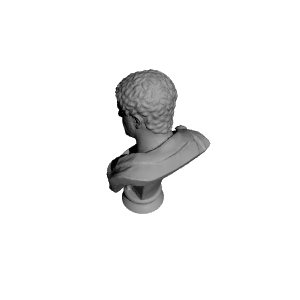 ×
0 collections where you can find Marble head of the emperor Caracalla at The British Museum, London by Scan The World