Marble Portrait Bust of a Man 2 at The Metropolitan Museum of Art, New York

3D
Scan The World
2,630 views 76 downloads
Community Prints Add your picture
Be the first to share a picture of this printed object
0 comments

Marble Portrait Bust of a Man 2 at The Metropolitan Museum of Art, New York

This powerful portrait bust incorporates a large expanse of chest, a stylistic characteristic indicating that it was carved toward the middle of the first century A.D. Most surviving portraits worked in this hard realistic manner dating to the first century B.C., but the style continued in fashion until the mid-first century A.D. and was revived intermittently thereafter. 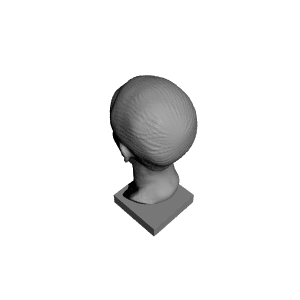