The subject of this portrait modeled herself after Antonia Minor, the daughter of Mark Antony and Octavia Minor. Antonia popularized what became the typically-Augustan coiffure, based on Classical and Hellenistic goddesses, and continued through the reign of Tiberius.

Our sitter's wavy hair was originally center parted, pulled back over the tops of her ears and fastened at the nape of her neck. Here her undulating locks cascade down her neck rather than being pulled into a chignon. For a portrait of Antonia Minor displaying a similar coiffure, now at the Harvard Art Museums, see fig. 114 in D.E.E. Kleiner, Roman Sculpture. 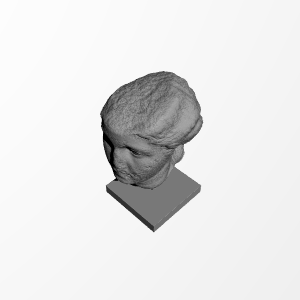