Marble portrait of a man

3D
Scan The World
1,815 views 70 downloads
Community Prints Add your picture
Be the first to share a picture of this printed object
0 comments

Marble portrait of a man

This striking young man wears the short beard that became popular in Rome during the early second century A.D. The subtle contrast between his casually arranged hair and polished skin and the use of a drill to indicate the pupils of his eyes impart a liveliness that is typical of the best Antonine portraits. 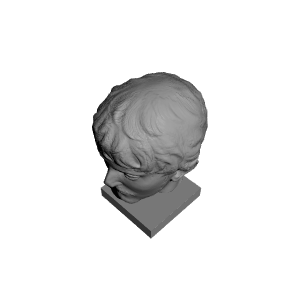