3D
Scan The World
2,960 views 92 downloads
Community Prints Add your picture
Be the first to share a picture of this printed object
0 comments

This highly ornate and extremely well-preserved Roman marble sarcophagus came to the Metropolitan Museum from the collection of the dukes of Beaufort and was formerly displayed in their country seat, Badminton House in Gloucestershire, England. An inscription on the unfinished back of the sarcophagus records that it was installed there in 1733. In contrast to the rough and unsightly back, the sides and front of the sarcophagus are decorated with forty human and animal figures carved in high relief. The central figure is that of the god Dionysos seated on a panther, but he is somewhat overshadowed by four larger standing figures who represent the four Seasons (from left to right, Winter, Spring, Summer, and Fall). The figures are unusual in that the Seasons are usually portrayed as women, but here they are shown as sturdy youths. Around these five central figures are placed other Bacchic figures and cultic objects, all carved at a smaller scale. On the rounded ends of the sarcophagus are two other groups of large figures, similarly intermingled with lesser ones. On the left end, Mother Earth is portrayed reclining on the ground; she is accompanied by a satyr and a youth carrying fruit. On the right end, a bearded male figure, probably to be identified with the personification of a river-god, reclines in front of two winged youths, perhaps representing two additional Seasons. 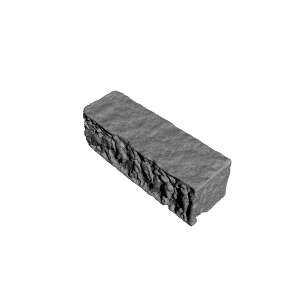