Marble Statue of demeter at the British Museum, London

3D
Scan The World
2,293 views 93 downloads
Community Prints Add your picture
Be the first to share a picture of this printed object
0 comments

Marble Statue of demeter at the British Museum, London

The Sanctuary of Demeter at Knidos was laid out at about the same time as the re-founding of the city, around 350 BC. The sanctuary consisted of a long platform terraced into the side of an acropolis, with spectacular views of the city below and the sea beyond. Many votive sculptures were once displayed within the sanctuary. Most of these survive only as fragments, but this cult statue of Demeter herself is remarkably intact. Demeter was the goddess of fertility; she governed the cycle of the seasons and the growing of grain. She was also associated with the Underworld and at Knidos was worshipped together with other infernal deities, including Hades and her own daughter Persephone. 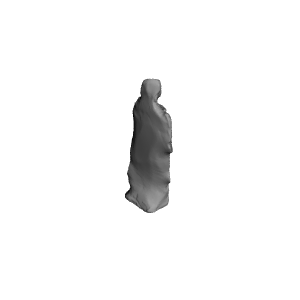 ×
0 collections where you can find Marble Statue of demeter at the British Museum, London by Scan The World