Marble torso of a boy

3D
360°
Scan The World
1,800 views 102 downloads
1 collection
Community Prints Add your picture
Be the first to share a picture of this printed object
0 comments

Marble torso of a boy

The small scale and violent action of this figure suggest it may represent one of Niobe's children, who were killed after Niobe boasted she was superior to Leto, mother of Apollo and Artemis, because she had more offspring. Sculptural groups depicting the boys and girls vainly trying to escape the deadly arrows of Apollo and Artemis were popular throughout antiquity.` 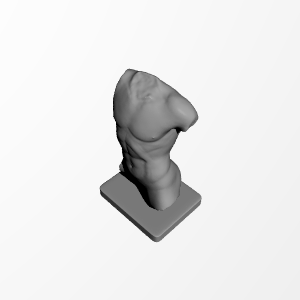