Marcus Aurelius at The Louvre, Paris

Marcus Aurelius at The Louvre, Paris

This colossal head, mounted on a modern bust, represents Marcus Aurelius, who reigned from AD 161 to 180. The large, protruding eyes and skillfully rendered mass of hair and beard are familiar features of portraits of this philosopher emperor. 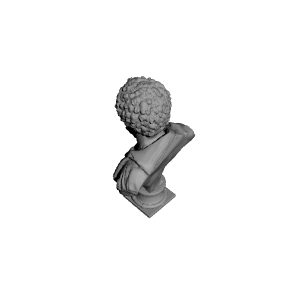 ×
6 collections where you can find Marcus Aurelius at The Louvre, Paris by Scan The World
×
Benjamin Krygsheld
@bkrygsheld
0
Printed on: Rostock Max V2
Material: PLA
Posted at: 26th October 2020

Marcus Aurelius, printed at .1 layer height on a Rostock Max V2 in white PLA. Model was printed at 11.5" tall.