3D
Scan The World
3,519 views 103 downloads
1 collection
Community Prints Add your picture
Be the first to share a picture of this printed object
0 comments

Delvaux created a series of twelve busts of Roman emperors in the Warandepark in Brussels which have been display there permanently since 1782. They are aranged around a fountain, carved out of white marble each with their armour in a jasper-coloured marble. The sculptures are almost unrecognizable as their faces have weathered quite drastically but it is presumed that this piece depicted Caligula. 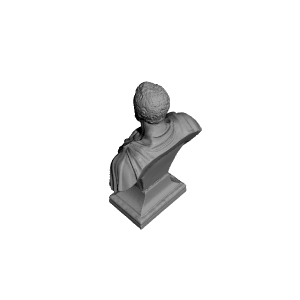 ×
1 collections where you can find Marcus Aurelius in Warandepark, Brussels by Scan The World